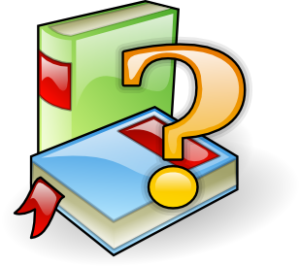 I am not the first to point a finger at training as not only a solution to, but a culprit in the Management Knowledge/Practice Gap. That’s the well-documented gulf between techniques proven for decades to create more effective workplaces and the techniques still used by most managers. Researchers of the Gap have noted many problems with the way managers are trained. First off, most aren’t. The vast majority of companies promote people based on their technical skills, and provide little or no formal education on how to lead other people, even though that is now the individual’s primary job!

Even if they provide a week or two of training, it is well established scientifically that new knowledge disappears in six weeks or less if you don’t get coaching to help you apply that knowledge. It is one thing to learn what you should do in a fictional situation, and something quite different to recognize that a real situation relates to that fictional one, and tailor what you learned to the specifics in the moment. Unfortunately, few middle managers are trained on how to coach new managers.

A management degree does not necessarily add value, at least as much as it should, which is the main theme of this post. When I guest-lectured on evidence-based teambuilding at a highly ranked Executive MBA program, I was stunned to learn students had been forced to take the Myers-Briggs Type Inventory, a scale with no scientific validity. A young relative, attending another lauded MBA program, was taken on (and forced to pay for) the kind of outdoors teambuilding “experience” so riddled with counter-factual assumptions that it borders on fraud. I’ll add some personal gripes—let’s call it “anecdotal evidence,” to make them sound more professional—before sharing better indications of the problem.

In hopes of transforming my deep experience with the teamwork literature into a research-and-teaching job someday, I have now tried two different online graduate programs. (My master’s degree is not considered relevant to what I do, though it is.) The MBA program I tried was accredited by the primary certification body for business schools and rated a “Best Value” by U.S. News and World Report. Yet the class I took on information technology for managers completely ignored Agile, the predominant model of project management in software development for many years now. Next, the professor in the microeconomics for managers class expected us to hand calculate our demand equations. If it were a class for would-be economists, fine. But any manager who wastes time manually calculating things a spreadsheet program could do in seconds is ripping off their employer. Managers just need to know the logic behind the equation, how to plug it into a spreadsheet, and how to interpret the results.

Unwilling to pay for a poor education, I switched to a master’s program on organizational leadership. I soon learned my assumption its electives were elective was incorrect. I would be forced to take a pre-set “specialization,” each choice of which had at least two classes I either had zero interest in or could easily teach. This inflexibility prevents people from learning information they need to be better managers in their specific circumstances.

Far more troubling was the second class I took. The first class allowed me to range through the research literature on a variety of topics regarding effective organizations (see my “Extreme Effectiveness” post for an unacademic version of the result). Its full-time professor praised my writing, and I got a 97 out of 100 grade for the course.

The second class was taught by a current CEO, and its assignments were based mostly on profiles of individual leaders. This is like investigating the best practices for all U.S. presidents by only studying Donald Trump or Barack Obama. Even if you studied both, you’d be basing your conclusions about effective presidency on two out of 45 people. Studying even 10 individual CEOs out of the hundreds of thousands that have existed is an absurd way to learn about leadership. They’re fine as examples of general principles, but the focus should be the kinds of studies that essentially look across hundreds or thousands of cases to identify patterns of successful (and unsuccessful) behaviors.

Though I was using the same research and writing approach so lauded in the first class, and common to scientific literature reviews, this professor warned me against using too many sources. The Management Knowledge/Practice Gap exists because of people relying on too few sources, and low-quality ones at that. I hate to think what outdated practices are in place at this CEO/professor’s company.

I requested to make a minor tweak to the class’s major project, by comparing two types of leaders instead of two individuals, so I could focus on good-quality studies instead of profiles. Ironically, this person who emphasized “servant leadership” in his lessons said he expected every student to do exactly what he said to do in his assignments. Some “servant.”

Thanks for listening, but I’ll bring in better evidence now! An ambitious team of researchers asked for the syllabi of all required management classes in full-time MBA programs in the relatively elite group accredited by the American Association of Colleges and Schools of Business.[1] They got back 58% of the courses, representing 88% of the schools, an impressive return compared to most surveys. They loaded the narrative sections of these into a database and looked for the phrase “evidence-based management” (EBM), described in the first post linked above as a vital antidote to the Gap.

Exactly two courses mentioned it. Expressing some surprise, the team expanded the search to related terms like “research” or “evidence.” Only 26% “included EBM-related statements.” Instructors with Ph.Ds or with more research publications were only somewhat more likely to mention EBM. So going to an accredited MBA program does not mean you will be exposed to good evidence on best practices.

But let’s ask a true expert: a professor of management studies in an endowed position at McGill University, the author of more than a dozen books on management. Dr. Henry Mintzberg says MBA programs do not produce “managers”—and that’s a bad thing! His premise in an interview[2] was that MBA programs turn out functional technicians, not people managers, for a chain of reasons. They take in people with no management experience; focus on the functions of a business instead of the people; and tend therefore to attract students more interested in techniques than people. Adding color to these points, he said:

So, people who should not be managers enter MBA programs that don’t train people to manage people, hence there is a low correlation between getting an MBA and being a good manager. Mintzberg reports in his 2013 book Simply Managing[3] that his team tracked 19 people listed in a 1990 book as superstar alumni of the Harvard Business School for the next 13 years. “We found that ten were total failures, four were very questionable in their performance, and only five… had clean records,” he sneered. Per my disagreement with the CEO/professor, anyone who studied one of these “superstars” in 1990 had only a 26% chance of learning about a future winner! (Notice the sad coincidence with the percentage of MBA syllabi emphasizing research evidence.)

Even assuming top-tier schools are doing a better job at training managers, most managers who bother getting management-related education can’t go to those. And even more don’t even do that. Unlike doctors and lawyers, anyone can rise to the highest levels of supervision in a business with no specialized, evidence-based training about the guidance of human beings in service of other human beings—even if they try to get it. Yet top managers of larger companies impact far more human beings (employees and customers) on a given day than most doctors and lawyers impact in their entire careers. Is it any wonder so many workers and customers are so unhappy?

[2] Vogl, A.J. (2004), “Managerial Correctness,” Across the Board, July/August:19. Largely quoted from my pre-blog newsletter, TeamResearch News.