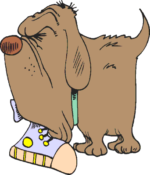 Zappos, the online shoe and fashion retailer, is well known for its unusual organizational culture centered on exceptional customer service and worker freedom. “Our philosophy has been that most of the money we might ordinarily have spent on advertising should be invested in customer service, so that our customers will do the marketing for us through word of mouth,” wrote Tony Hsieh, CEO since 2007, in Harvard Business Review (HBR).[1] (Sadly, Hsieh died the year after this post, at age 46.) The call center’s operations were and remain atypical. “We don’t have scripts, because we want our reps to let their true personalities shine during every phone call, so that they can develop a personal emotional connection with each customer,” Hsieh wrote. He said call times were not measured, and staff were told not try to upsell callers.

Hsieh said he took over as CEO at the company after his venture capital firm had invested in Zappos, and he almost immediately started implementing radical cultural changes. He is oft-quoted and interviewed still today. For the most part, Zappos’ changes have made employees happy and brought financial success. However, it seems like Hsieh’s failure to follow some of the principles he champions led to unnecessary pain and financial costs during a later change.

The enculturation started with the hiring process. At the time of Hsieh’s HBR article, after standard interviews by the hiring manager, human resources would do extensive culture fit interviews. All employees regardless of position—even corporate lawyers—went through call-center training and took calls for two weeks. After one week of training, all were offered pay for time plus $2,000 to quit if no longer interested.[2]

The company had learned not to outsource its key operations, he said, and thus handled warehousing, inventory, and the call center in-house at a time when drop shipments (direct from vendors to customers) and off-shoring of call centers were prevalent. The company was ahead of the curve on transparency with employees, but was not following the trend toward virtual teams, he said: “’We really wanted to build the company around culture… (a)nd it’s much easier to build a culture when it’s actually in person versus remotely by email.’”[3]

The company was also radically successful. By 2008 Zappos had $1 billion in gross sales, and was so well reputed as an employer that it averaged 100 applicants per open position.[4]

As the Great Recession hit, though, Zappos suffered severe cash flow problems. The company decided to sell to Amazon because of pressure from lenders to conform to more traditional management norms, Hsieh said in a 2017 interview.[5] They were able to hammer out an unusual acquisition agreement that “promised to leave Zappos alone so long as it hit certain financial targets…” a Fortune column explains. Hsieh “wrote the following year that the relationship between Zappos and Amazon was ‘governed by a document that formally recognizes the uniqueness of Zappos’s culture and Amazon’s duty to protect it.’”[6]

In 2013 Hsieh introduced a new major culture change, to a system of self-management called Holacracy.[7] Some writers mistakenly use a lower-case “h,” but the word is a registered trademark.[8] This is a framework for self-management by employees, including a formal constitution. “In a holacracy, employees aren’t told how to work. Instead, they belong to voluntary groups called ‘circles,’ or peers who help vet new ideas or problems. Everyone has equal say, and employees are evaluated and rewarded by peers, instead of by a boss,” another NPR story explained.[9]

It added, “Holacracy may sound like a recipe for chaos. But in fact, meetings are highly structured. Anyone can add items to the agenda, which is documented using online software so everyone can monitor every decision. There are meeting leaders, known as ‘lead links,’ but their role is essentially limited to directing meetings according to a set of rules. They also help the circle keep track of its time and money resources.”

By 2015 there were signs workers were having difficulty with the transition. “The New York Times reported last year that those in charge of payroll, for instance, had trouble determining salaries after titles had been banished, and some employees wanted a boss to consult when making important decisions,” according to The Atlantic in 2016.[10] Financial results continued to hold up, however. As of 2015 sales had doubled to $2 billion, Zappos had grown to 1,500 employees,[11] and it had been on the Forbes “100 Best Places to Work” list for eight straight years.[12]

Despite, or perhaps because, Holacracy had not yet been fully embraced across the company, in March of that year Hsieh sent a 4,000-word e-mail announcing a push to an even more radical self-management approach called “Teal.”[13] Hsieh invited anyone unwilling to continue down that path to leave the company with a buyout, though they first had to read the book describing Teal.[14] By Jan. 2016, 18% had taken the buyouts, leading to a total turnover rate of 30% for the year.[15]

“The shift to holacracy, combined with a wildly ambitious software project called Super Cloud—not to mention a reconceived business strategy—has left employees confused, demoralized, and whipsawed by the constant pace of change,” Fortune reported.[16] They were also “shocked and frustrated by the numerous mandates, the endless meetings, and the confusion about who did what…” This is why leading models for organizational change say you need to think about how much planned change has occurred recently, because people can burn out and end up resisting changes they might otherwise accept.

The Fortune article quoted an HR employee as initially hating Holacracy, but also noted that a year later she liked it. Another employee said, “I can’t imagine going back to traditional hierarchy anymore.”[17]

Hsieh said 2015 ended up with record profits, but announced to the company around February 2016 it had dropped completely off the Forbes top employer’s list. I couldn’t find more current financials. As a wholly owned subsidiary, Zappos’ numbers appear on Amazon’s financials, and Amazon did not choose to report them separately in their latest annual report to the government.[18] However, the fact that Hsieh remains CEO, and the company’s Web site still discusses Holacracy, must mean Zappos continues both to retain the system and to meet its financial commitments to Amazon.[19] A recent search for the word “Teal” on the site returned no results, however.

Some of the reporters and bloggers cited below have made the mistake of conflating the change process with the content of the change in criticizing self-management at Zappos. I’ve written before that every time someone says of a progressive management practice something like, “We tried that, and it didn’t work,” I have been able to ascertain within three questions that the implementation was flawed. In those cases, they didn’t really “try it.” In this case, the problem isn’t self-management; it’s how self-management was implemented.

Ironically, lessons from Hsieh’s initial culture change praised by an academic review holding up Zappos as an example of building a strong culture apparently were not followed in the Holacracy/Teal effort. (The article was probably submitted before reports of the infamous e-mail came out.) Three professors wrote that “committed and unified leaders at all levels… (and) well designed and sustained actions,” plus “a process for monitoring, improving, and sustaining the culture” are required to create a lasting culture that aligns with corporate strategy.[20] Earlier changes at Zappos appear to have been more incremental and done with more collaboration,[21] in line with Ricardo Semler’s process of incremental change through questioning specific practices.

With both Holacracy and Teal, Hsieh appears to have imposed both the decision to change and the solution without significant input from the employees who would have to implement them. Participation both reduces resistance to organizational change and improves decision quality.[22] While it is true that top leadership support for a culture change is a crucial factor in the results, imposed change tends to be less successful.[23] Organizational change models emphasize the need to build broad support across all stakeholders early in the process.

It seems ironic that a leader who fosters dialog, de-emphasizes management control, and promotes corporate democracy[24] would make the fundamental mistake of trying to achieve greater democracy via autocratic fiat, creating predictable disarray.

[11] Pontefract, “What Is Happening at Zappos?”

[13] Jena McGregor, “Opinion | Zappos Says 18 Percent of the Company Has Left Following Its Radical ‘No Bosses’ Approach,” Washington Post, January 14, 2016, sec. On Leadership  Opinion     Opinion A column or article in the Opinions section (in print, this is known as the Editorial Pages)., https://www.washingtonpost.com/news/on-leadership/wp/2016/01/14/zappos-says-18-percent-of-the-company-has-left-following-its-radical-no-bosses-approach/; Pontefract, “What Is Happening at Zappos?”; Reingold, “How a Radical Shift Left Zappos Reeling.”

[14] McGregor, “Opinion | Zappos Says 18 Percent of the Company Has Left Following Its Radical ‘No Bosses’ Approach.”