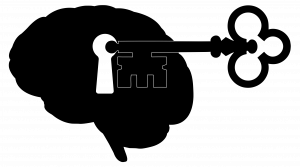 Forget Kanban, SAFe, LeSS, and even my own system Full Scale agile™ (FuSca™): If you are a manager pondering how to adopt Agile, your direct-report team can be there in just one meeting. Just as quickly, you will become the kind of servant/transformational leader generations of management gurus have talked about, but few managers actually become. All you have to do is completely embrace two evidence-backed principles that scare the crap out of most managers:

Those two concepts cover most of the gap between being Agile and only doing Agile. I add talking Agile, because so many managers slap terms like “sprint” and “Scrum Master” on their command-and-control practices and declare themselves “Agile.”

If you have the guts to make those two mind-shifts, your team can be completely agile in one hour. The key is true self-organization, instead of the fake version where the team is actually organized by a Scrum Master. Here’s how simple it is:

Then butt out.  True self-organization and servant leadership ultimately mean you cannot attend the meetings except when invited. No matter how easygoing you try to be, employees will subconsciously censor themselves with you in the room.

Let the team meet as often as members want, but I recommend twice a week to start (not counting daily standups, if it chooses to do those). After each meeting the facilitator role and therefore the note-taker rotates alphabetically among all members, even my fellow introverts, to reduce the odds of a single de facto team leader taking over. Obviously, people can swap dates as needed for personal reasons.

What is the manager’s job now? On a daily basis, your #1 priority at all times is fulfilling the team’s requests to you resulting from its action items. Otherwise:

Most of all, do not tell anyone when something will get done. You don’t know. The team doesn’t know. Speaking as a 13-year PMP®, I tell you project managers don’t know. If you believe in a god, that is the only being who knows, and he/she/they ain’t tellin’ us lowly humans (see “The Waterfall Myth”).

Notice I said this process is “simple,” not “easy.” I suspect that after 25 years, I have heard every objection that popped into your head. Many are valid: There are a lot of details to be worked out by the team and its stakeholders, with your help. For more guidance, see “Self-Directed Agile” on the FuSca site. If you truly “trust them to get the job done” per the Agile Manifesto principle, you have to let the team become your boss.

Meanwhile, your team is immediately as agile/Agile as it can be. Yet you will bask in the halo of its breakout achievements while doing more stuff you’ve always wanted to do “if I get the time,” instead of babysitting full-fledged adults… whom, you will learn, never really needed it.